The role of cheese starters in the manufacturing process

Cheese, one of the oldest foods of mankind, continues to be popular across the globe and this credit not only goes to its taste but its high concentration of essential nutrients relative to its energy value.

The appetizing flavor, pleasing color, and great taste, which brings satisfaction and happiness to millions of mouths, is due to cheese starter culture.1,2

What is a cheese starter?

The term ‘cheese starter’ refers to carefully selected strains of microorganisms that are deliberately added during manufacture of cheese to start and accomplish desired fermentation which is responsible for highly specific changes in cheese. In other words, cheese starters are a pivotal step in the manufacturing process.1

The usage of cheese starters has been practiced for some time now, but the science behind it was undoubtedly not recognized until a little later. Primitive practice – the use of the previous day’s ferment (sour milk, cream, whey, and buttermilk) – continued well into the 19th century.1

It was not until discoveries by the likes of Robert Koch and Joseph Lister were made, offering the fundamentals behind isolating cultures, that the usage of starter cultures became more widely employed within dairy products.1 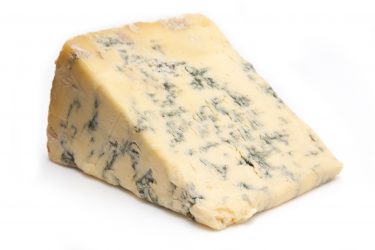 Prior to ripening, Penicillium roqueforti is added via needling to the blue cheese

Commonly, these cultures are composed of lactic acid bacteria (LAB).3,4 Utilising milk lactose, the lactic is produced at a controlled rate, this helps in reducing the pH of cheese milk and aids in its coagulation prior to rennet addition. It also suppresses the growth of other undesirable microorganisms.

Together with the starter culture, an adjunct culture is used to improve texture and develop flavor.  Yeasts and molds are also used sometimes as cheese starters to achieve specific features. For example, torula species is used as a smear for ripening in Brick and Limburger cheese. Molds like Penicillium camemberti (Camembert and Brie cheese) and Penicillium roqueforti (Blue or Roquefort cheese) are also used extensively.3

The time and type of inoculation are diverse in different varieties of cheese. In Blue or Roquefort cheese; before ripening, blue mold culture of Penicillium roqueforti is added via needling (for aeration). In Camembert and Brie cheese; the white mold culture of Penicilliumcamemberti is sprayed. In Brick and Limburger cheese; smearing or rubbing culture containing reddish-brown bacteria i.e. Brevibacterium linens is a general practice.2

For the manufacture of good quality cheese, starter culture used should also have good quality in terms of pronounced flavor (not too sharp or flat) and a glossy appearance with no lumps. When agitated, the starter must have the consistency of rich cream.

It is important to note that the starter bacteria must be able to dominate competitive bacteria present in cheese milk.

For the manufacture of Cheddar cheese, starters mainly comprise Lactococcus lactis subsp. lactis and Lactococcus lactis subsp cremoris. This type of starter should rapidly-produce lactic acid at a steady rate. This not only ensures the suppression of undesirable microorganisms but also the timely manufacture of cheese. It should also be bacteriophage resistant. The typical cheddar flavor arises due to starter culture peptidases (which hydrolyze peptides formed due to action of rennet) and other enzymes. Peptidase activity is more important than proteinase activity since the latter produces off-flavors in the product. A study shows that cheese made with 45-75 percent proteinase negative cells developed less bitter flavor than cheese prepared from proteinase positive cells.

Another important constituent includes Propionibacterium freudenreichii subsp. shermanii which grows on lactate produced by LAB. It converts lactic acid into carbon dioxide, propionic acid, acetic acid, and other compounds. Production of carbon dioxide by propionic acid bacteria (bacteria which utilizes propionic acid) leads to the formation of eyes (gas holes). Other compounds formed as a result of fermentation contribute to flavor development. Swiss cheese is ripened at 21°C (for ‘eye’ formation) and further aged at 10°C (for development of sweet nutty taste). Therefore, ideal Propionibacterium culture should not grow at 10°C as this may spill formed eyes.5

Mozzarella starter cultures include Streptococcus thermophilus (coccus or spherical in shape) and either Lactobacillus delbruckii subsp. bulgaricus or Lactobacillus helveticus (rod-shaped). In a complex starter for ‘American’ mozzarella, the rod to coccus ratio is set to be 1:5s responsible for ‘stretchability’ and heat-induced browning. Rod to coccus ratio is the ratio of Streptococcus thermophilusand Lactobacillus delbruckii subsp. bulgaricus or Lactobacillus helveticus. This ratio also helps to shorten the processing time, along with the rapid initial production of lactic acid by Streptococci (Lactobacilli produce acid in advanced stages).5 The texture of the final product depends mostly on the amount of initial inoculum. Keeping high temperatures during stretching (curd temperature >66°C) can inactivate starter bacteria.

The increase in demand of dairy-based products, especially fermented goods like cheese, has given way to a promising future for starter cultures. Despite their long history, we are still witnessing new strains coming to the fore which can be implemented to achieve better flavor profiles and reduce ripening times.2