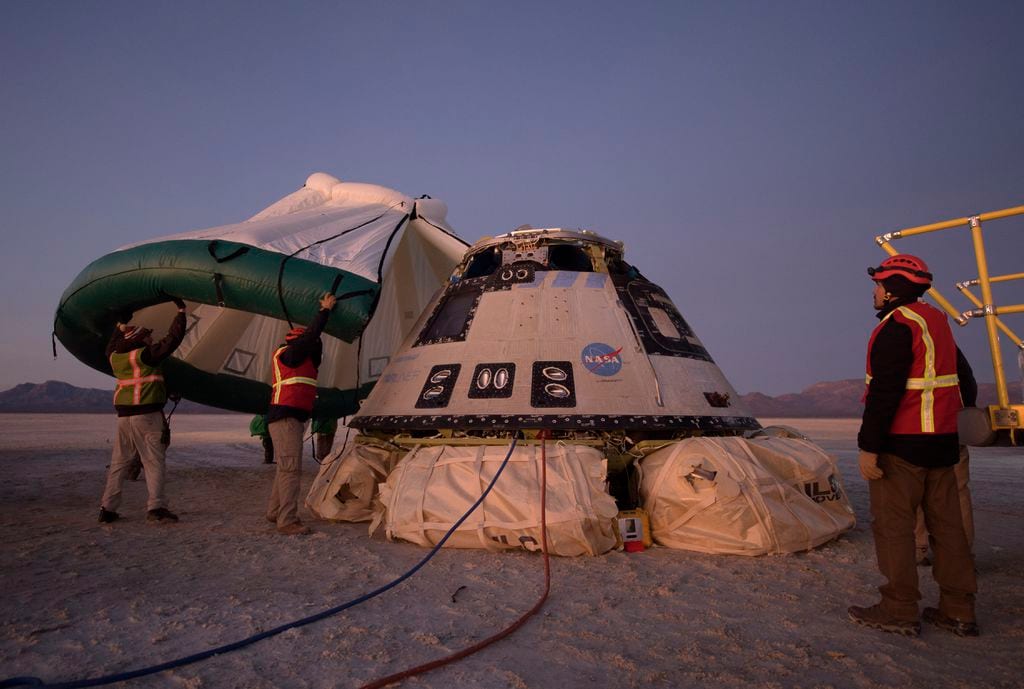 Earlier this year, Boeing said it would repeat the test flight, in which its Starliner spacecraft was to have flown to the International Space Station without astronauts. That flight would be no earlier than December, a full year after the failure. But it could slip into January, officials have said.

The time it is taking to resolve the problems is an indication of how serious they were and also of how cautiously Boeing is proceeding before trying to fly the Starliner capsule again.

“Our software team has carefully and deliberately reviewed years’ worth of flight code to complete our most recent major test milestone,” John Vollmer, a Boeing vice president who manages its “commercial crew program,” said in a statement to The Post. “I couldn’t be more proud of the Starliner team’s focus on mission assurance and crew safety as we proceed to our next flight test.”

Along with SpaceX, Boeing is under contract as part of NASA’s “commercial crew program” to develop and build spacecraft capable of flying astronauts to and from the space station. But before NASA allows Boeing to fly crews, it has to prove the spacecraft is safe and reliable, which was the aim of the mission without astronauts in December.

As soon as the Starliner reached space, it encountered setbacks. The clock in its onboard computer was 11 hours off, causing the computer to think it was at an entirely different point in the mission. Controllers on the ground also had difficulty communicating with the spacecraft.

And as they worked to remedy the timing problem, they discovered another software glitch that might have caused the service-module portion of the craft to collide with the crew capsule on separation. They were able to beam up a fix for that problem, however, and the capsule landed safely two days after lifting off.

The Starliner did not, however, complete one of the key objectives of the mission: docking with the space station.

Since then, NASA engineers have been embedded with Boeing engineers to ensure that the corrective work is done properly, NASA officials have said. Boeing and NASA flight control teams have also completed a simulation of the launch of the spacecraft through to docking with the station, and it has “additional mission simulations on the horizon as the teams fine-tune flight rules and procedures,” NASA said in the news release.

SpaceX, by contrast, is months ahead with the development of its Dragon capsule. Last year, it successfully completed an uncrewed test flight. Then in May, it launched Dragon from the Kennedy Space Center and safely delivered NASA astronauts Bob Behnken and Doug Hurley to the space station.

The pair stayed on the station for two months and splashed down in the Gulf of Mexico on Aug. 2, completing the first flight of NASA astronauts from American soil since the retirement of the space shuttle fleet in 2011. SpaceX is working toward flying its first operational mission on Oct. 23, which would carry three NASA astronauts and one Japanese astronaut for a six-month stay on the station.

Another crewed mission is being planned for spring.

Meanwhile, Boeing, the longtime aerospace industry behemoth, has lagged well behind its competitor; its first mission with crews is not expected before June at the earliest. But Boeing must first complete a successful test flight without astronauts.

NASA officials have said they were too lax in overseeing Boeing’s software development.

“Perhaps we didn’t have as many people embedded in that process as we should have,” Steve Stich, NASA’s commercial crew program manager, said at a news conference last month.

Because SpaceX had used a newer, “nontraditional approach” in developing its software, NASA had more closely focused on that company’s process, he said.

“When one provider has a newer approach than another, it’s often natural for a human being to spend more time on that newer approach,” he said. “And maybe we didn’t quite make the time we needed with the more traditional approach.”

NASA appears confident that Boeing will be able to resolve its problems and move toward flying astronauts. NASA announced this week that American astronaut Jeanette Epps, who was abruptly pulled from a space mission two years ago without explanation, would fly on the first operational Boeing mission.

As of now, that flight is scheduled for December 2021.

OnePlus co-founder quits company; this is his ‘good-bye’ letter