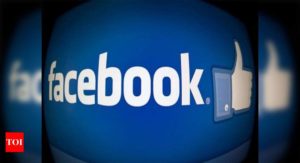 More than 750 companies including Coca-Cola, Hershey, and Unilever have already temporarily paused their advertising on Facebook and its subsidiary Instagram. More companies have joined the movement every day, with recent additions including Walgreens, Best Buy, Ford, and Adidas. More than 200 advertisers joined in the past 24 hours.

Kerri Pollard, senior vice president of the membership platform Patreon — which is pulling all of its ads from Facebook and Instagram — said that the recent string of concessions still did little to address the company’s core concern: Zuckerberg’s characterization of free speech. The Facebook CEO has said he believes that social platforms should not fact-check politicians.

“Until he softens that, which would affect that entire business internally and externally, we’re not going to feel comfortable returning to the platform,” Pollard said. Patreon in 2018 booted far-right personalities off its platform in response to criticism.

But fact-checking politicians could have wide-ranging consequences, too. Facebook’s business model depends on engagement: The more time people spend viewing content on the platform, and the more they click and interact with others, the more they are exposed to advertising in Facebook’s scrolling news feed. Critics have argued that divisive and emotional content spreads more rapidly, particularly in like-minded private Facebook groups. That outrage is built into Facebook’s ability to profit.

The boycott is the largest flare-up in a long-simmering battle between advertisers and social platforms over who gets to control what content the ads pop up next to. The campaign, which was triggered by Facebook allowing content that organizers said could incite violence against protesters, represents the most substantive effort to date to sanction the social network, which commands the second-largest share of the U.S. digital ad market behind Google.

Facebook spokeswoman Ruchika Budhraja said in a statement that it invests billions every year to keep users safe and works with outside experts to update its policies.

“We’ve opened ourselves up to a civil rights audit, and we have banned 250 white supremacist organizations from Facebook and Instagram,” she said. “We know we have more work to do, and we’ll continue to work with civil rights groups, [the Global Alliance for Responsible Media], and other experts to develop even more tools, technology, and policies to continue this fight.”

Still, the initiative probably won’t affect Facebook’s bottom line. The company has 8 million advertisers, which generated almost all of its approximately $70 billion in ad revenue last year. Most are small businesses.

“Given Facebook’s colossal scandals and rare repercussions to revenue, the advertisers’ boycott is a body blow that will decimate Facebook’s top line. I expect to see a revenue bleed out of more than $7.5 billion in 2020,” said Eric Schiffer, chairman, and chief executive of the Patriarch Organization and Reputation Management Consultants.

Facebook has been meeting and talking with advertisers “almost every minute of every day,” said a senior executive of a major ad agency who, like others for this story, spoke on the condition of anonymity because the company works closely with Facebook. Another ad industry executive who participated in meetings with Facebook said she came out disappointed.

The company is “slow and blame-sharing, acting like they are just the platform and society itself is full of bad actors,” she said. She added that it is also blaming rivals YouTube and Twitter for their own practices over hate speech.

The reckoning goes beyond Facebook. A recent survey of nearly 60 companies by the World Federation of Advertisers found that about a third were likely to halt ad spending across social media due to hate speech, while 40 percent were considering doing so. Companies including Coca-Cola, Verizon, and Unilever say they are reconsidering their ad spending not just on Facebook, but on all social media platforms.

Some skeptics say it‘s convenient timing for the advertisers, many of which are already cutting their marketing budgets amid a downturn in consumer spending.

The campaign against Facebook first emerged amid a national conversation on race sparked by the killing of George Floyd, an unarmed black man in Minnesota. Organizers said that Facebook’s platform in particular was providing a forum for violent militia groups with plans to attack protesters. Some self-described members of those groups have been arrested in recent weeks for carrying weapons to protests and for allegedly planning to commit violent acts.

“It was the killing of George Floyd that told us that we needed to move,” said Jonathan Greenblatt, chief executive of the Anti-Defamation League, one of the civil rights groups behind the campaign.

“It was an obvious moment to say, you can’t talk about race in your news release but not stand for racial justice in your product,” he said, referring to social media companies publicly sharing support for the Black Lives Matter movement.

Outdoor apparel company North Face was the first to join, followed by industry peers Patagonia and R.E.I. Those companies are known for taking stances on social issues.

“The stakes are too high to sit back and let the company continue to be complicit in spreading disinformation and fomenting fear and hatred,” Patagonia tweeted on June 21 as it joined the #StopHateForProfit campaign.

The campaign’s demands are broad and aim to address a host of grievances, including the removal of Facebook groups dedicated to white supremacy, militia movements, Holocaust denialism, vaccine misinformation, and climate denialism. The campaign also asks that Facebook end its policy of exempting politicians from its hate speech guidelines and hire a C-suite executive.

“We’ve been down this road with Facebook so many times,” said Jade Magnus Ogunnaike, who is leading the campaign for the racial justice group Color of Change, noting that the boycott effort was a response to years of “fruitless” private meetings with Facebook staff as well as Zuckerberg. “At this point, we have reached an impasse.”

Other brands joined after outreach from civil rights groups and their supporters, including Prince Harry and his wife Meghan, Duchess of Sussex, whose representatives contacted the head of the Anti-Defamation League recently to ask how they could help, said a spokesman for the organization.

The organizers of the boycott were also concerned about a post by President Trump, who appeared to endorse violence when he invoked a racially divisive phrase that dates to the civil rights era to describe the potential involvement of the U.S. military in the Minnesota protests. “When the looting starts, the shooting starts,” he said on Twitter.

Facebook refused to take down the president’s post, despite widespread protests by employees and outsiders, while Twitter slapped a warning label on it, noting that it violated the company’s policies prohibiting incitement to violence. Snapchat stopped promoting the president’s account.

Some smaller companies like Patreon that joined the boycott are an example of businesses that largely built on the ability of Facebook and others to help target specific groups of consumers.

As advertising migrated online over the past couple of decades from print and other media, advertisers lost control over the tone of the material alongside which their ads appeared. On social media, an ad could appear next to a racist post or one by a terrorist organization.

In 2017, Verizon, Walmart, Pepsi, and other major brands suspended their ads on YouTube after reports that they had appeared alongside objectionable content promoting extremist or racist views. Last year, some advertisers boycotted YouTube after they saw their ads appear next to the predatory and exploitative activity. As a result of the 2017 boycott, YouTube changed its policies and invested heavily in tools to give advertisers more control.

Katia Beauchamp, the co-founder, and chief executive of the beauty box subscription company Birchbox, said the company, which is participating in the boycott, has committed to decreasing its ad spending with Facebook and Instagram for the rest of the year and is “aggressively” exploring other avenues for advertising. She called the decision a matter of “legacy.”

“What we’re most focused on is profiting from perpetuating prejudice, racism, and hate,” Beauchamp said. “We’re not as focused on any reparations based on where our advertising shows up.”

Facebook and other social media companies have extensive policies prohibiting hate speech, graphic violence, and calls for violence, harassment and other ills, and have hired thousands of content moderators to enforce those policies. But the companies also give wide latitude to political expression across the board and have been reluctant to listen to organizer complaints. Objectionable content has spread as a result, causing flare-ups with advertisers.

Facebook has offered modest concessions to the boycott. At a town hall on June 26, Zuckerberg announced that the company would attach labels to some politicians’ posts. In his most explicit terms to date, he said that it would take down posts by anyone who incited violence or suppressed voting rights and would label posts by politicians that break its other policies. The company has long had a policy that has allowed the spread of misinformation by politicians.

Facebook on Monday also agreed to an external audit of how it polices hate speech, a specific request by the boycott’s organizers. Zuckerberg will meet with them next week, the Anti-Defamation League said. Other organizers include Color of Change, the NAACP, and Common Sense.

In correspondence with advertisers and journalists, Facebook has cited a European Union report on hate speech that found that Facebook assessed more hate speech reports in 24 hours than Twitter or YouTube. Twitter spokesman Brian Poliakoff confirmed that it is also consulting with advertisers after Unilever said it would boycott all social media. “Over the past few years we’ve made significant investments to raise the bar on our responsibility and this continues to be our #1 priority,” said YouTube spokesman Christopher Lawton.

Kevin Urrutia, the co-founder of Voy Media, an ad agency specializing in Facebook ads, said most businesses are so reliant on Facebook that it’s almost a nonissue: Less than 10 percent of his clients are participating in the boycott or are concerned about their relationships with the company. The other 90 percent hope it could result in cheaper ad purchases, he said.

“We have lots of clients that are pulling budget out this time of year,” he said. “It could just be a matter of companies readjusting the budgets and using it as a way to get credibility with customers.”

OnePlus co-founder quits company; this is his ‘good-bye’ letter